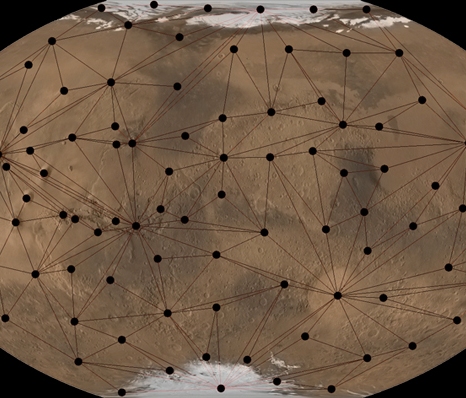 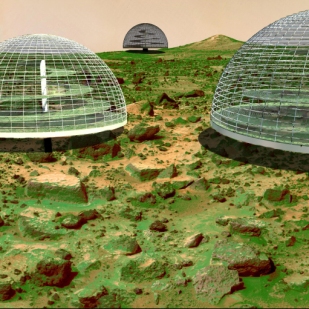 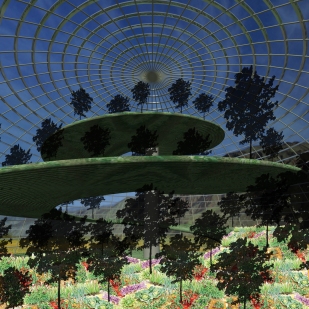 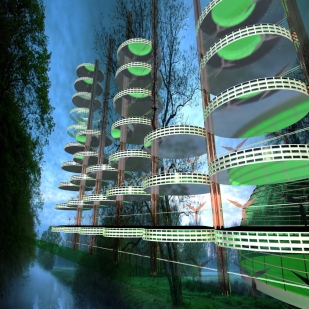 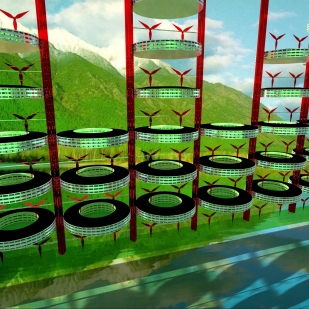 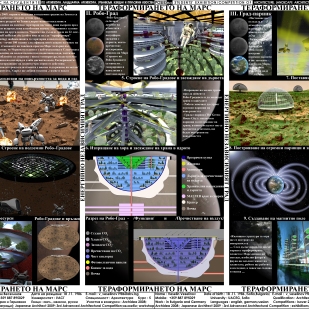 The Terraforming of Mars

The year is 2069, the first underwater and underground cities on Earth have been already build, architects work patiently on the development of a flying city…

The depletion of natural resources on Earth, the increasing population and pollution, the desire to explore new territories, set new questions to the architects. The answer to these questions lies in the vast space – building new worlds on other planets. Man will create the city of the 22. century – the self sufficient city, which will have the purpose the “terraform” the surrounding territory and the whole planet.

The terraforming of Mars – exactly 100 years after the official arrival of man on the moon,a broad space expedition prepares entering the human foot on Mars for the first time. According to space studies the Red planet is the most suitable for terraforming in the Solar system with small quantity of underground water, partial atmosphere and similar soil.The problems are related to low temperature,insufficient water,radiation,lack of oxygen and low magnetic field.The experiment could lead to full ennoblement of the planet through a series of actions:

–   Tractor ice asteroids or small ice or methane/ammonia planets to the surface of the planet. The impact will gain heat, water and other gases.

–   Send robots to build an underground cities called Robo-Cities protected from the bad conditions of the planet. The “heart” of these cities are capsules planted with trees who will have the purpose to create oxygen. These cities will be build in the craters created by the impacts.

–   Robots make explosions on the surface for gaining water and heat and releasing gases.

–   Robots dig in the ground for water and resources.

–   The Green-House City : giant green houses with food plants and trees will be build on the surface to heat and purify the air.

–   The whole surface will be planted with algae to purify the air.

–   Structures for living of humans will be created on the surface (Robo-Cities will remain for researching, transportation and factories).

–   Robots will build giant magnets and warm the core of the planet in a way to create the magnetic field of Mars.

…. After a long period of time the first Terraformed planet will be Mars – oceans will flow, nature will grow, animals will run the ground, fishes will swim in deep water, birds will fly, robots will work and research, human will create and preserve …

2 thoughts on “The Terraforming of Mars”